War and the fear of war permeates the past and present of international affairs. The control of weapons of war is part of this – is control desirable, is it practical? The sustained modernisation and accumulation of weapons by states, their subsequent use in war and in destabilising shows of military power through military exercises, and inadequate communication among conflicting parties are symptomatic of insufficient policy responses in global arms control and disarmament frameworks. There is renewed concern that developments in emerging and established technologies are outpacing our ability to ensure effective control, as the disarmament and arms control framework has disintegrated into loosely connected initiatives designed to micro-manage conventional weapons governance and Weapons of Mass Destruction (WMD) control in silos, thus giving disarmament a riskily narrow and fragmented focus. This ignores the scale and connection of arms-related issues.

The Strategic Concept for Removal of Arms and Proliferation (SCRAP) reintroduces the universal control of all weapons into diplomatic debates, focusing on both global controls of major conventional weapons, and the elimination of nuclear and other weapons of mass destruction. The initiative provides a holistic approach to global disarmament that proposes adopting an international legally binding agreement for General and Complete Disarmament.

In its treaty, SCRAP offers the weapons equivalent of the UN Framework on Climate Change: a framework that sets out essential objectives to achieve the legal obligation of all nations to negotiate General and Complete Disarmament. This objective has long been set by the Non Aligned Movement, in US-Soviet proposals and initiatives such as President Kennedy’s plan for General and Complete Disarmament. It combines the humanitarian principle of the WILPF foundational proposals during the First World War and the needs of states to ensure their security.

With the support of an expert group of advisors, academic staff and ten successive cohorts of Masters students, SCRAP has successfully impacted a wide range of actors, including States, such as the Vatican, parliamentary groups such as the Inter Parliamentary Union (IPU), international organisations such as the United Nations and the Arms Trade Treaty (ATT), which used the research to pursue a disarmament agenda among nation states. SCRAP continues this work with the aim of achieving General and Complete Disarmament to resolve one of the largest threats to human security.

The SCRAP Project is grateful for the consistent support of the Joseph Rowntree Charitable Trust and values the generous support of the Menard Press. 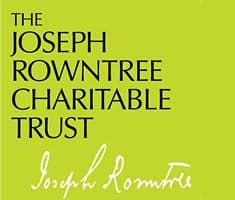 How can you become involved in SCRAP?

SCRAP Weapons proposes timetables and a draft treaty for consideration at the United Nations General Assembly, which takes place in September every year. Support our efforts to have SCRAP Weapons introduced at the UN General Assembly by sending a letter of support to your government.

If you are a student interested in working for SCRAP Weapons, please email us at scrap.weapons@soas.ac.uk