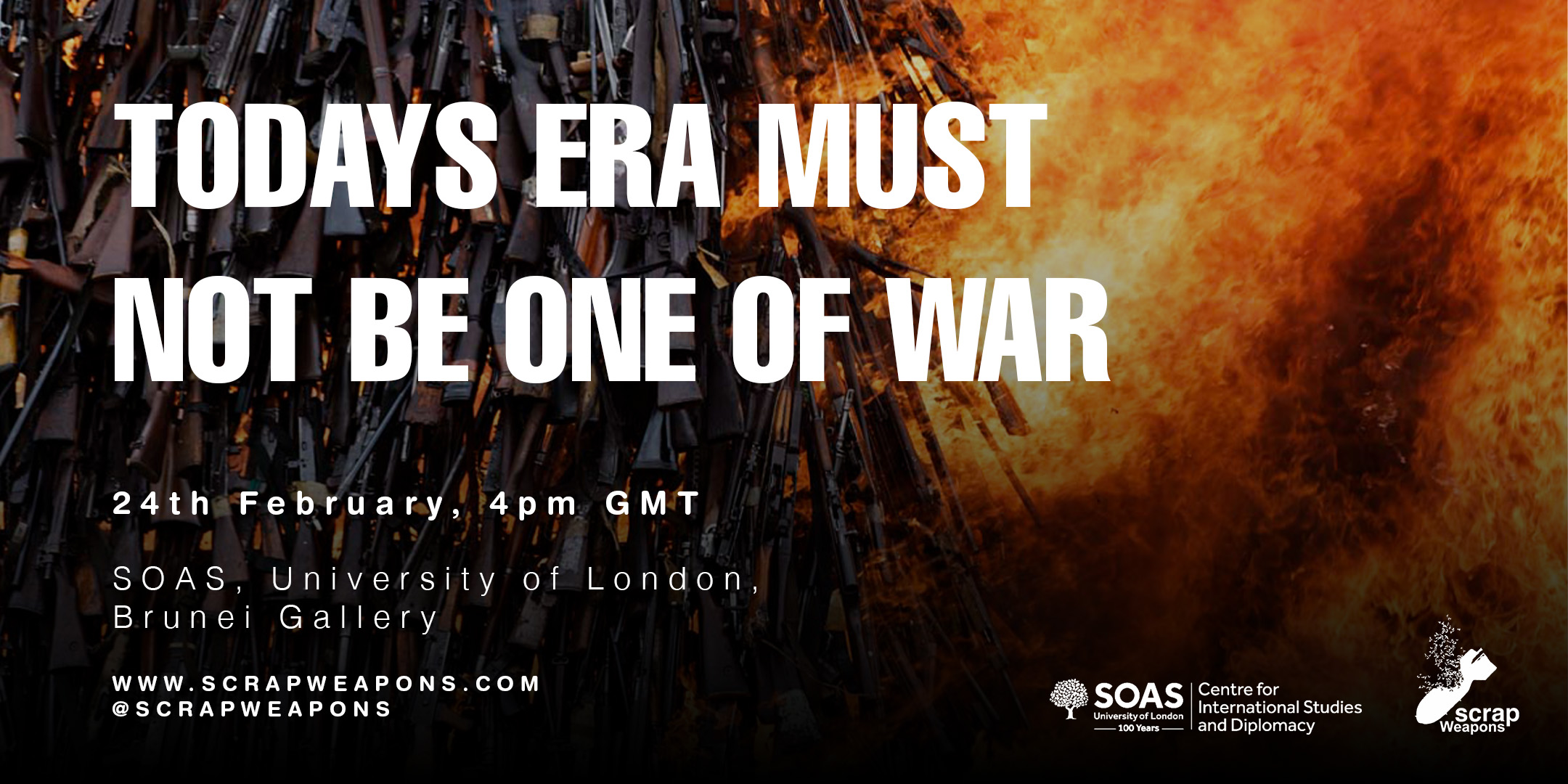 Echoing the words of Indian Prime Minister Narendra Modi, on 17th November 2022 leaders of the G20 stressed “today’s era must not be of war.” Although this declaration was made against the backdrop of the war in Ukraine, 2022 has seen civilians in numerous states continue to be subject to the horrors of conflict, whilst also witnessing the nuclear threat return to loom over the world.

With Russian president Vladimir Putin and foreign minister Sergey Lavrov having made a number of statements widely seen as threatening the use of nuclear weapons, an accelerating arms race taking place in the East, and global military spending reaching an estimated $2,000,000,000,000, never has there been a more pressing time for general and complete disarmament. Thus, SCRAP Weapons calls upon these states to support the activation of a Special Session on Disarmament at the United Nations General Assembly.

SCRAP Weapons invites you to a hybrid conference on Friday 24th February 2023, 4pm at SOAS University of London to build a global constituency to support the convening of the next Special Session on Disarmament and take its agenda to the United Nations General Assembly, in order to uphold the United Nations’ sixteenth Sustainable Development Goal of ‘peace, justice and strong institutions’ and give effect to the G20’s call to end this era of war.

How can you become involved in SCRAP?

SCRAP Weapons proposes timetables and a draft treaty for consideration at the United Nations General Assembly, which takes place in September every year. Support our efforts to have SCRAP Weapons introduced at the UN General Assembly by sending a letter of support to your government.

If you are a student interested in working for SCRAP Weapons, please email us at scrap.weapons@soas.ac.uk